I stood in the middle of a field of grain. As far as my eye could see, there was nothing but golden waves in the late afternoon sun. The air was crisp and fresh, with a distant songbird calling to me, “Demeter, go home.”

I looked around in a daze. I began to panic, as nothing around me made any sense. Where was I? How did I get here? It seemed that I had no memories. It was as though I’d appeared out of nowhere, just came into existence at that very moment. But something told me that wasn’t possible. I calmed my nerves and took stock of my surroundings.

I knew I was in the middle of a field, but where? The cool breeze that caressed my face came to me from the east. It carried the sweet scents of olive groves and salt air. I knew these scents. “Crete,” I mumbled to myself. “This is my home.”

I knew my name was Demeter, but not much more. I studied the field in which I stood and noticed younger shoots coming up from beneath those that had already matured. I ran my hand across them, and thoughts flickered through my mind. Mother and child. Child. I have a child. No, I have children. I have a family.

Once that first thought came to me, tidbits of other memories followed closely behind. I had a family, but not just children. I had brothers and sisters. I had nieces and nephews. I had aunts and uncles. I had a mother and a father. I had a grandfather, and I had a grandmother. “Gaia,” I said in a whisper.

As the word left my lips, I felt a tremble in the earth. She had heard me and was trying to help. However, it seemed I was having a hard time understanding what she was trying to say. I knelt and dug both hands into the dirt. I closed my eyes and slowed my breath. “Help me, Grandmother.”

Another low rumble reverberated through the ground. A flood of memories came over me in a wave of emotion. A cacophony of names and faces shot through me like a bolt of electricity. Thousands of years worth of memories came to me in an instant. It was almost more than I could bear.

I sat there and allowed the flood to ease to a trickle. Once I was sure she was finished, I pulled my hands from the dirt and stood erect. The breeze blew my hair from my face as the memories placed themselves into chronological order. It was time to take stock of my life.

I once again closed my eyes and played out the past in my head. I remembered being the second born of the Titans Kronos and Rhea. Then I remembered being swallowed by my father. The memory of being separated from my siblings was like a dagger being plunged into my heart. The terror I’d felt all those years ago came flooding back as if it had just taken place.

As I dug deeper into my psyche, memories of a great war came into focus. My youngest brother had rescued my siblings and me from our personal prisons. We waged war against the Titans and took their place in the hearts of men. It was the first time many of us had felt any real freedom.

For years afterward, we lived relatively peaceful lives, or so I’d believed. I’d realized too late that we were all dealing with our own internal demons. It wasn’t long before we began to quarrel amongst ourselves. The mortals we relied upon to give us glory became pawns in our personal schemes. Before we knew it, they’d turned their backs on us and left us to our own devices.

In time, we’d each gone our separate ways. As immortals, we knew we’d always be here, always existing in the minds of men. However, as gods, we believed the mortals would always look to us in their time of need, but we were wrong. Soon, we were dismissed to the realm of fantasy and all but forgotten.

For the next couple thousand years, I wandered the earth. I tried to help the mortals as much as I could, without their knowledge. Yet, I found it difficult to help those who worked so hard to destroy their fellow man. I feared it was only a matter of time before they wiped themselves out completely.

As the memories of war and famine raged within my mind, I felt the earth rumble once again. I was allowing the misery of those memories to hold me within their grasp. I shook the images from my head, knowing there was something more I needed to remember.

I took a deep breath and turned my face to the sun. I closed my eyes and tried to remember my most recent memories. I could see an office complex in the most modern style, a mighty tower of glass and steel. “Come home,” I heard the wind whisper to me.

And finally, I remembered. My baby brother had sent word to us all that it was time to take our places among the mortals once again. We needed to fit into their society while finding a way to convince them that they still needed us. It was a wonderful plan. If only it had worked out the way he’d envisioned.

The modern memories came back in a flash. I remembered a lavishly decorated suite, complete with a massive library. As I mentally strolled through the library, I noticed the shelves were filled with law books. I focused on one particularly archaic manuscript and read the words Sacred Law on its spine. That was the key.

I had come to the complex to assist my family in returning to the modern world, not as the Goddess of the Harvest, but as Goddess of Sacred Law. I was their attorney, and it was my job, as it had always been, to protect those I loved.

One final memory came to mind. It was the last real memory I had. I remembered a grand celebration. I was surrounded by my entire family in all their glory. There was singing and dancing. Libations flowed freely. Maybe too freely, as I had allowed myself to become quite intoxicated on the enchanted potions.

I remembered being pulled by an unseen force. Something, or someone, from my past had called to me. I felt compelled to follow the call. I wandered aimlessly until I found myself at the sea’s edge. Then it all went black.

Now, I find myself in a field on Crete. Though a piece of me is still missing, I know I need to let it go and return to my family. In my heart, I know the only person who might know what happened that night would be my sister, Hera.

Though I’d never been one to use my godly powers for personal gain, I knew I’d have to portal myself into the office I’d seen in my vision. I tried several times, but it seemed I’d forgotten how to be a goddess. I felt anger stirring in my soul.

I held my arms out wide and yelled toward the sky, “I am Demeter, Goddess of Sacred Law! My family needs me, and I will be there to protect them. I AM GOING HOME!”

With that, I went from the field of grain to the office I’d only just remembered. As I stood there, I couldn’t help but feel as though something wasn’t right. Something had happened to my family, and I was determined to right the wrongs. I was home, and it was time to get back to work. 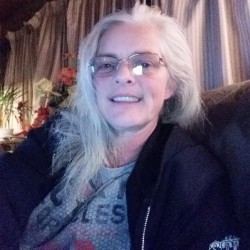